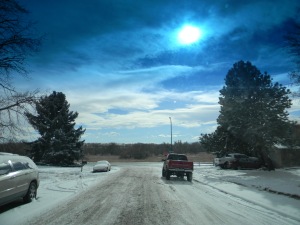 Have any regrets?  While most of us have things in our past we wish we could go back and change, some have things in their past they can’t seem to, well, get past.  You may have studied the Bible with someone who briefly looked hopeful as they contemplated salvation, but then their shoulders slumped as they whispered, “But you have no idea what I’ve done.”  They are so ashamed of their past that they are burdened with feelings of guilt and unworthiness.  How can we help them understand that none of us are good enough, but the blood of Christ is powerful enough to wash away every transgression?

One of my favorite Bible-marking topics is about this very thing.  There are several verses that can help anyone who struggles with the idea that it’s too late because they’ve messed up too much.  In my Bible, I have this topic marked as “Sinful Past,” and aside from the Plan of Salvation, I’ve used this one the most.  Here are the verses:

Luke 7:36-50– This is the account of the woman who was a sinner entering the Pharisee’s house and anointing Jesus’ feet with her tears and fragrant oil.  This woman had an unsavory reputation in her town.  She’d been shunned by others, but her obvious regret and repentance led her to Jesus.  In my Bible, I underlined “a sinner” in verse 37, “your sins are forgiven” in verse 48, and “Go in peace” in verse 50.  Jesus commended her faith.  He assured her of salvation. He knew she would struggle with feelings of guilt and unworthiness, so He comforted her by offering her the peace that only He can give.

Acts 2:36-38– (If you’re Bible-marking, then write this Scripture reference at the end of the last one so you’ll know to turn to it next)- In this passage, Peter preaches to a large group of people and convicts them of their guilt.  What did they do?  In verse 36, I underlined, “Jesus, whom YOU crucified.”  They were guilty of putting the Son of God on the cross!  That’s a pretty major burden to bear, and aren’t we all guilty of that?  When asked what they could do about it, they were not told, “Nothing!  It’s too late!”  An answer was given, and with it, a solution.  Repentance and baptism remove sins.  In addition, anyone who does those very things will receive the gift of the Holy Spirit.  That gift is not offered only to those who are special or worthy.  In my Bible, I circled “remission of sins” and “gift of the Holy Spirit” in verse 38.

Gal. 5:19-25– The first half of this passage lists “works of the flesh” (vs. 19) and concludes with “those who practice such things will not inherit the kingdom of God” (vs. 21).  I underlined both of those.  When people are struggling with feelings of unworthiness, they are stuck here.  They think nothing can possibly be done in order for them to go to Heaven. The second half of the passage, though, talks about the fruit of the Spirit, a list of things that are in stark contrast to the works of the flesh.  I underlined “those who are Christ’s have crucified the flesh” (vs. 24).  Adultery, drunkenness, fornication, hatred and many other sins can be put to death for those who are in Christ.  The past can be buried.

Col. 2:11-13– Paul wanted Christians to have that blessed assurance and to have hearts that were encouraged (see earlier in the chapter) so he reminded them that baptism raised them above their former condition.  I underlined “putting off the body of the sins of the flesh” (vs. 11) and “being dead in your trespasses” (vs. 13).  I circled “raised with Him through faith” (vs. 12) and “made alive together with Him” (vs. 13).  That way the contrasts really jump out on the page.  I put a square around “forgiven you all trespasses,” highlighting the word “all” (vs. 13).  If ALL our sins have been forgiven, how many of them are left to haunt us?

1 Tim. 1:12-15– Paul had a past.  He used to be a “blasphemer, persecutor, and an insolent man.”  He called himself the chief of sinners.  But he obtained mercy and grace.  I underlined the word “formerly” in verse 13, and circled the words “exceedingly” and “abundantly” in verse 14.  Grace, faith, and love are in Christ Jesus, and don’t you love how grace is emphasized?   Grace would’ve been enough.  Abundant grace would’ve been more than enough.  But our Lord offers exceedingly abundant grace so that all can accept the fact that Jesus came into the world to save sinners!

1 Cor. 6:9-11– Twice we’re told in this passage that the unrighteous will not inherit the kingdom of God.  Specific acts of unrighteousness are listed:  fornication, adultery, homosexuality, theft, drunkenness, etc.  Anyone guilty of these things will be lost.  Paul goes on to say, “And such WERE some of you” (vs. 11).  Paul was writing to the church at Corinth.  He was addressing Christians, people who had a sinful past.  Their guilt was removed when they were “washed,” “sanctified,” and “justified” in the name of Christ.  I underlined all three of those words, and circled the word “were” in verse 11.  In the margin, I wrote the words “just as if” to remind myself that “justified” means just as if I’d never sinned.

Prayer for Today:  Help me, Lord, to remember that Satan wants us to hang on to our past so we will feel hopeless.  Thank You for Your love, which prompted You to offer Your Son, and for Your grace, which makes it possible for us to saved by obedience through Him.

I'm a Christian woman, happily married to my best friend, Neal. We have 3 grown sons, Gary, Dale, and Carl, and 2 sweet daughters-in-law, Chelsea and Janelle. Neal preaches for the Lehman Ave. church of Christ in Bowling Green, KY. We love the Lord and His church! View all posts by Kathy Pollard

3 thoughts on “Haunted by the Past”